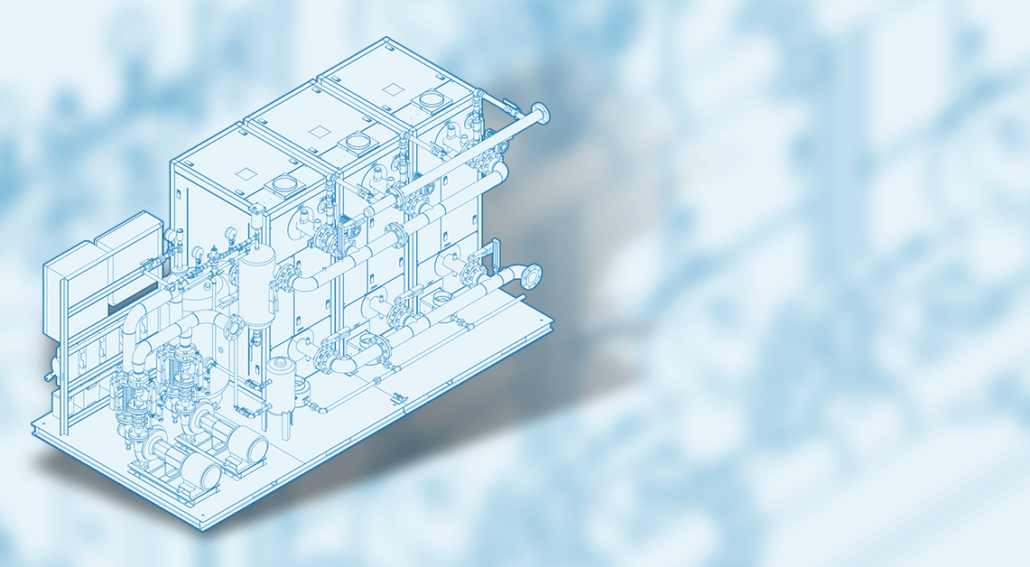 In the past five years we have seen a propensity for designers facilitate a dual return temperature option on boiler room applications.  This idea was conceived with the anticipation of maximizing energy efficiency by minimizing waste energy.

There are several published articles and videos explaining the theory behind how it “could” save energy, however, data-based evidence predicated on third-party testing has not accompanied these claims.

The argument predicts that you can take advantage of multiple zones in a building to route the water from “colder” zones (i.e., snow melt, radiant floor heat, etc.) into a specific section of the HX to condense, while taking hotter water zones (domestic water priority heating or higher temp AHU zones) through an alternate section of the HX where condensing will not occur.  In order for this scenario to be practical, the efficiency gain in the colder section must offset the efficiency losses in the hotter section.

That gain would have to offset the cost of additional piping, controls and potential equipment failures/down time due to the complexity of the system.  It would also need to produce sufficient energy savings to compel an engineer to limit the choice of equipment selection since very few manufacturer’s employ this strategy.

In theory, the argument makes sense – however only in the rare case where you have two separate temperature zones where one of them has significantly colder return water temp available all the time.  In practice, it is at best, a more complicated system and at worse, will shorten the lifespan of the HX.

Why complicate the entire hydronic system with dual zones? Consider:

One fundamental error in system design is sticking with complexity without striving to delete parts and processes. Simple, proven efficient solutions typically function most reliably.

Designing a system with the capability to accept very high delta-T, low flow, and accommodate a setback schedule for the coldest available return water temperature year-round is effective, simple, and will optimize energy usage.